This will be the last of the Spring 2015 reviews.  Unfortunately I did not watch Show by Rock, Wish Upon a Pleiades, Punch Line, or Triage X.  I might watch a couple of those later since I’m told I missed out, but for now let’s stick to what I know.

Yamada-kun and the Seven Witches 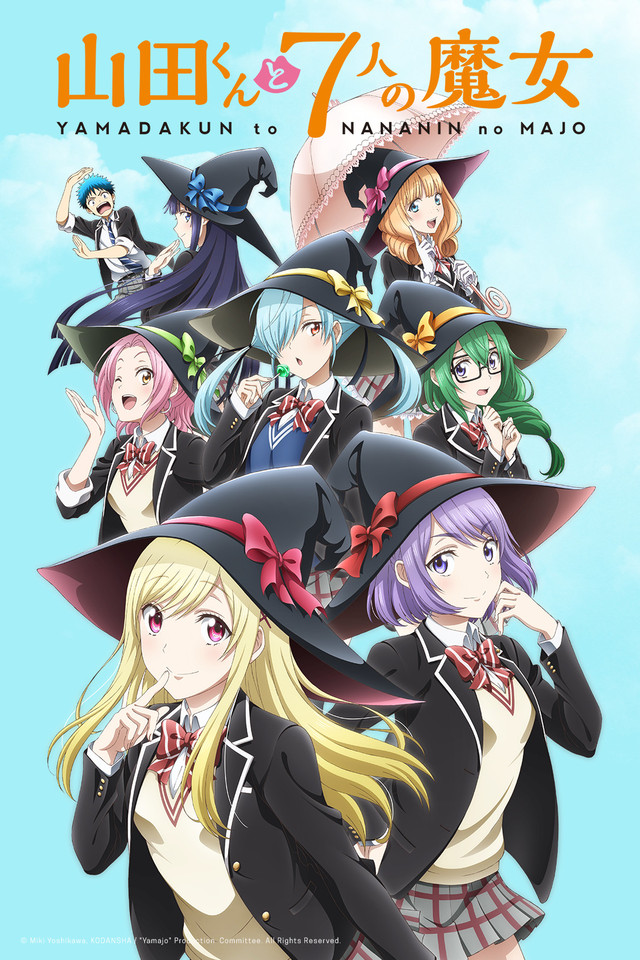 Hold on to your hats. See what I did there?

Yamada-kun and the Seven Witches did a great job keeping me invested in the story.  Most episodes ended in some sort of cliff hanger that left me wanting more.  There were a couple filler type episodes, but for the most part the story moved along nicely.  This was another show I was a fan of the art for, especially the girls who I thought were excellently drawn.  Yamada-kun’s opening is probably in my top 3 for this season as well.  I’m told the story is better in the manga, but as for a first watch on the anime I give it a thumbs up.

Guess which one’s my favorite!

Ryuu Yamada is a high school second year who is constantly taken for a delinquent.  When school recluse Urara Shiraishi and Yamada-kun fall and accidentally kiss, Yamada finds that he’s now in Shiraishi’s body!  With this discovery Yamada and Shiraishi, along with a few others, reinstate the supernatural studies club to find out the mystery behind the “witches” of their school.  They soon find that different girls at the school possess different powers transmitted through kiss, and Yamada has the power to copy those powers through kissing.  The storyline might sound bad at first, but trust me this is a show to watch.  Especially if you like anime that have a definitive end.

I Can’t Understand What My Husband Is Saying 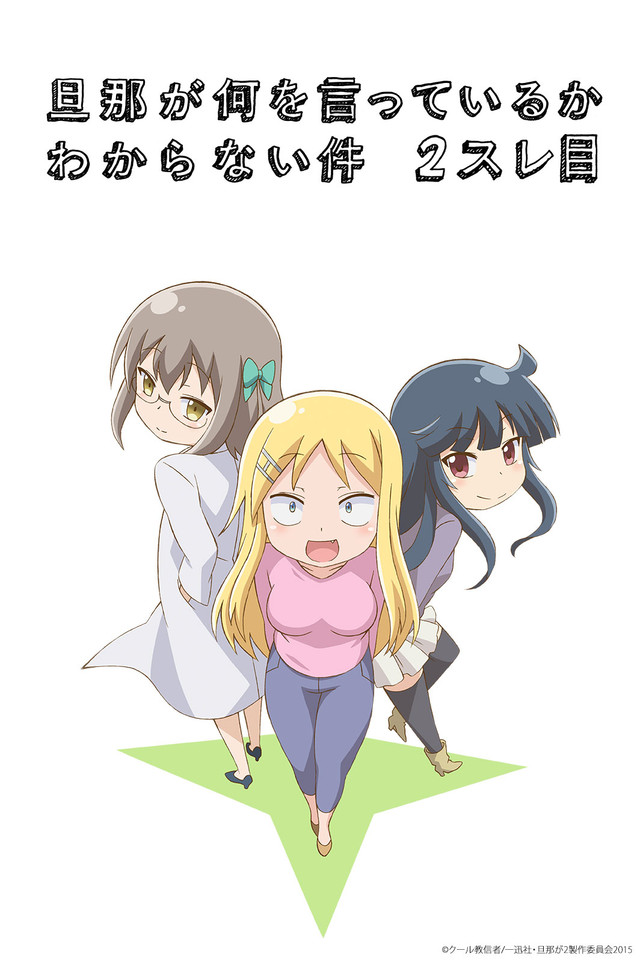 This one was a short that carried over a couple seasons.  The animation in this one is very fitting for a comedy of it’s sort, and the character art is okay as well.  The surprise to me was how much I enjoyed the short ending songs at the end of both seasons.  Overall this show did what shorts are supposed to do, condense a story in a small amount of time.  The comedy is what made it worth the watch though.

Pow right in the… well you know.

The “story” follows Hajime and Kaoru Tsunashi, a married couple that lives in an apartment.  Hajime is a complete otaku who doesn’t work and rarely leaves the house.  Through friends and some luck Hajime eventually gets a decent job, and the couple eventually (SPOILERS) get pregnant.  Again as a short I just covered most of the first season in a nutshell.  There’s quite a few laughs to this one, but at over three minutes an episode they’re kind of short lived.  Still I enjoyed this one, and I’m hoping for another season where they possibly have a kid. 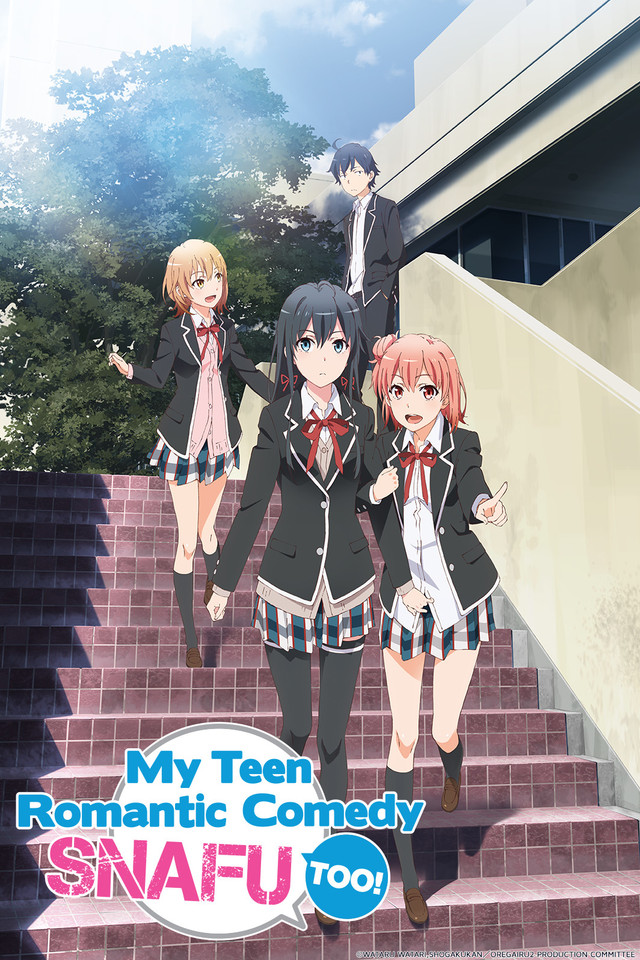 I’ll admit I hadn’t seen the original season of SNAFU till I heard about this one, but after binge watching it I really enjoyed it.  The characters seemed to develop nicely and the story was very relatable to me as a former teen recluse.  The second season was pretty good as well with the animation taking a step up, and the opening being well done too.  However this season was a bit strange to me.  Most of it I enjoyed but there were areas that dragged on, and some of the parts near the end were confusing to me.  Maybe I’m just dense, but I’m looking forward to a possible next season for some explanation.

Two seasons of SNAFU, and she’s still the best!

“My Teen Romantic Comedy SNAFU Too” focuses on the three members of the Service Club, who help students in need.  The three members are Hachiman Hikigaya, Yukino Yukinoshita, and Yui Yuigahama.  Together they attempt to solve other student’s problems, often in unconventional ways.  The crux is that each member has their own problems that they have to work through, and the situations they encounter act as a catalyst to help them understand themselves.  It’s a good show if you like drama however, we’re two seasons in and not a whole lot of romance going on unless you count awkward moments.  Still both seasons are worth a watch, and if you got the ending to season two drop me a line please. Whew!  That is all she wrote for Spring 2015 (as far as the shows I watched).  I promise to be more prepared next season, Anime Expo really threw my schedule for a loop.  Anyway I’m still doing another episode one review, look forward to that on Saturday.  Also hit me up if you watched/liked any of these shows, or let me know which spring shows I should have watched.  Thanks for reading!