If summer 2015 stays this good throughout all it’s episodes I’m sending Japan a plaque.  Not sure where in Japan I’m sending it but I’m sending it.  It might end up in some old lady’s house in the country, but at least it’ll be in Japan.  Anyway let’s look at some of the other stuff I’ve been watching. 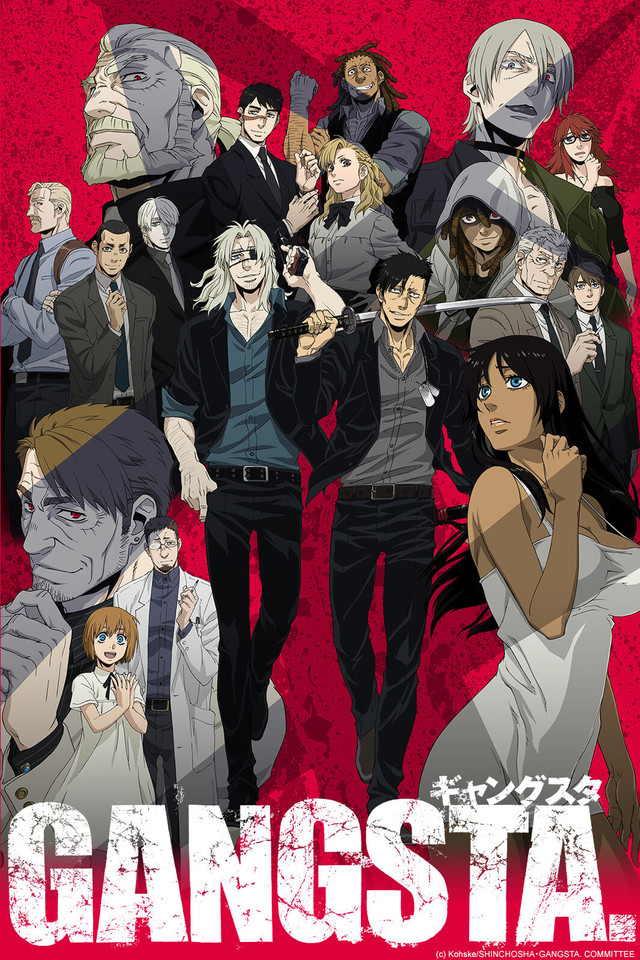 Vice and violence. What could go wrong?

I’m behind on this one since episode two is already out.  Still the first episode of Gangsta set the tone for a great show.  The opening is a bit adult, but I loved its seedy style.  This is definitely not a show for children as episode one is packed with sex references, drugs, and violence.  Still if you’re of age and enjoy this kind of thing (yes and yes) then you’ll love Gangsta’s first episode.

The first episode takes place in a seemingly European city filled with vice.  The police call in Nicolas and Worwick, two “handymen”, to take care of jobs for the cities mafia elite families.  When a small time drug lord/pimp starts muscling in on larger gangs territories, these two are tasked with bringing him down.  Boy do they bring him down in a hell of a massacre too, and they take his “whipping girl” as their secretary as well.  This episode’s action and story were very solid.  The story seems to be one that will slowly unfurl over the coming episodes to give us back story on everything in the show.  I’m already enjoying the hell out of this one!

Rokka -Braves of the Six Flowers 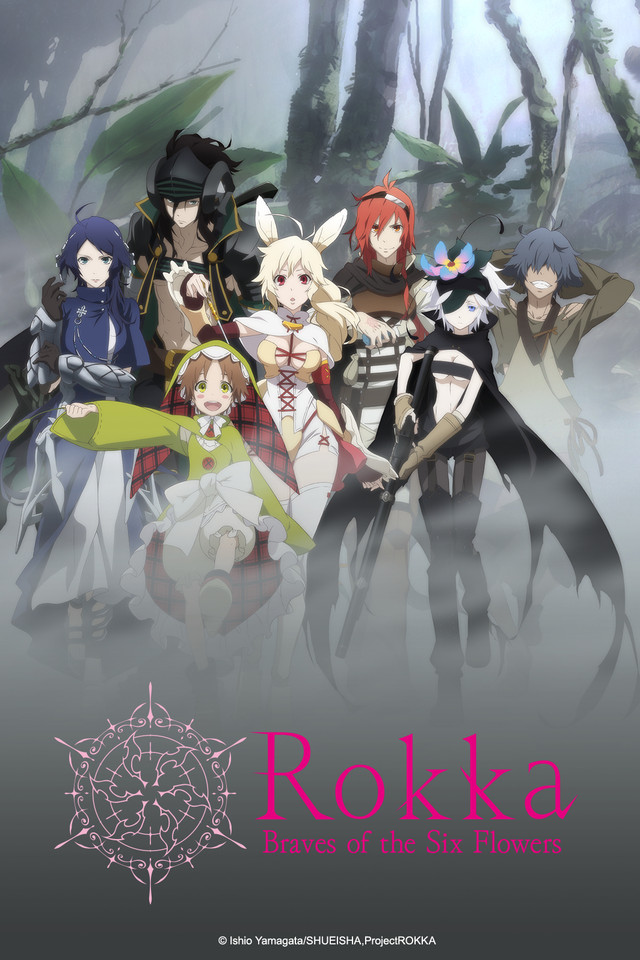 I wasn’t expecting much from Rokka, but I was partially surpirsed.  The animation in this first epsiode was mostly stunning, only falling away during a long period of exposition.  I especially enjoyed the backgrounds, like the city in the first shot.  The first fight scene was excellent as well, with the whole thing feeling like a well choreographed movie scene.  I’m going to keep up with this one so long as they keep the unanimated exposition to a minimum from now on.

Episode one of Rokka takes place in a city on a lake that looks straight out of Aztec/Mayan art.  A holy tournament of fighters is happening to show the goddess of fate who’s worthy to be one of the six heroes to combat an ancient evil.  Before the fight begins however, a young man named Adlet storms in proclaiming to be the strongest man in the world.  His fight with the two combatants is mostly simple tricks which land him in jail for blasphemy.  This is when a maid shows up to ask about the young man and we get a long stint of exposition on the world, followed by a montage of Adlets stint in prison.  To spoil the end, Adlet is chosen and the maid turns out to be the Saint of Blades another of the chosen heroes.   Again not a bad first episode, but I’m hoping for more action in the future. 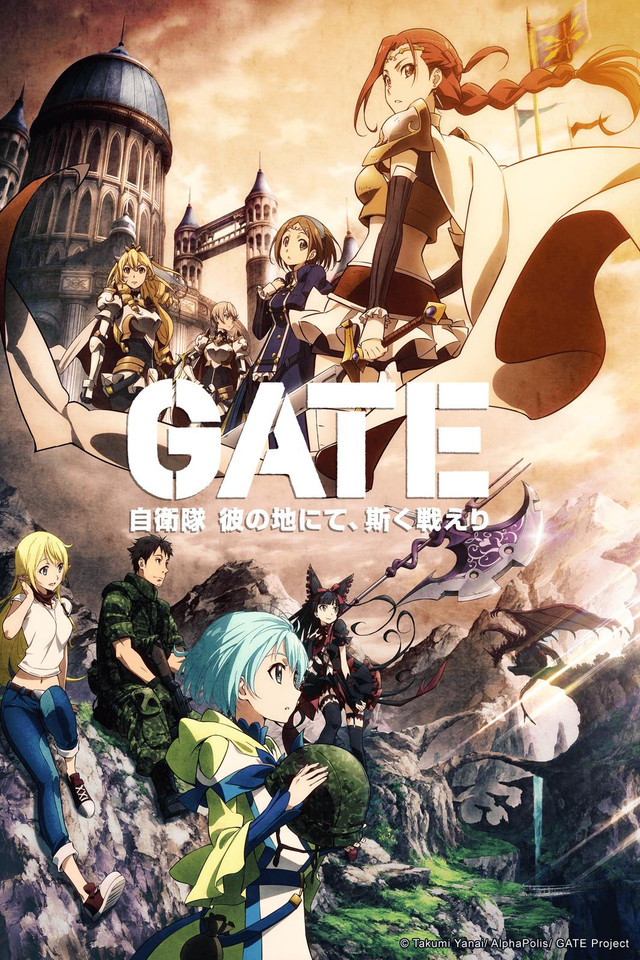 An Otaku in King Arthur’s Court.

This anime initially had everyone (including myself) thinking “Outbreak Company”.  While the story is somewhat similar, the two stories are miles apart in terms of action.  GATE started off innocently enough with an otaku’s fantasy, but quickly hit the ground running with a violent invasion scene.  The only thing bugging me is knowing that Japan is discussing reinstating its military, this anime feels like military fapping to me.  Don’t get me wrong I was in and enjoyed my time in the military, but I’m still not a fan of propaganda. I hope that’s not what this turns out to be and maybe I’m being too critical.  I’m still going to watch this one though with a tad more scrutiny. The multiple female characters give me hope.

GATE starts off with JSDF (Japanese Self Defense Force) soldier/otaku, Youji Itami, going to a doujinshi sale.  At the same time a gate to another world opens up near him and men and monsters pour out of the portal and attack the civilian population.  Youji takes down a few bad guys (like a boss) and assists the police in getting everyone to safety.  After the incident he is promoted to the head of a unit, one of many that are to go through the gate to discover the new world.  Decent story so far, but only time will tell for this one.  I’m expecting a “love and peace” ending where the otaku teaches everyone to get along, but I’ve been wrong before. 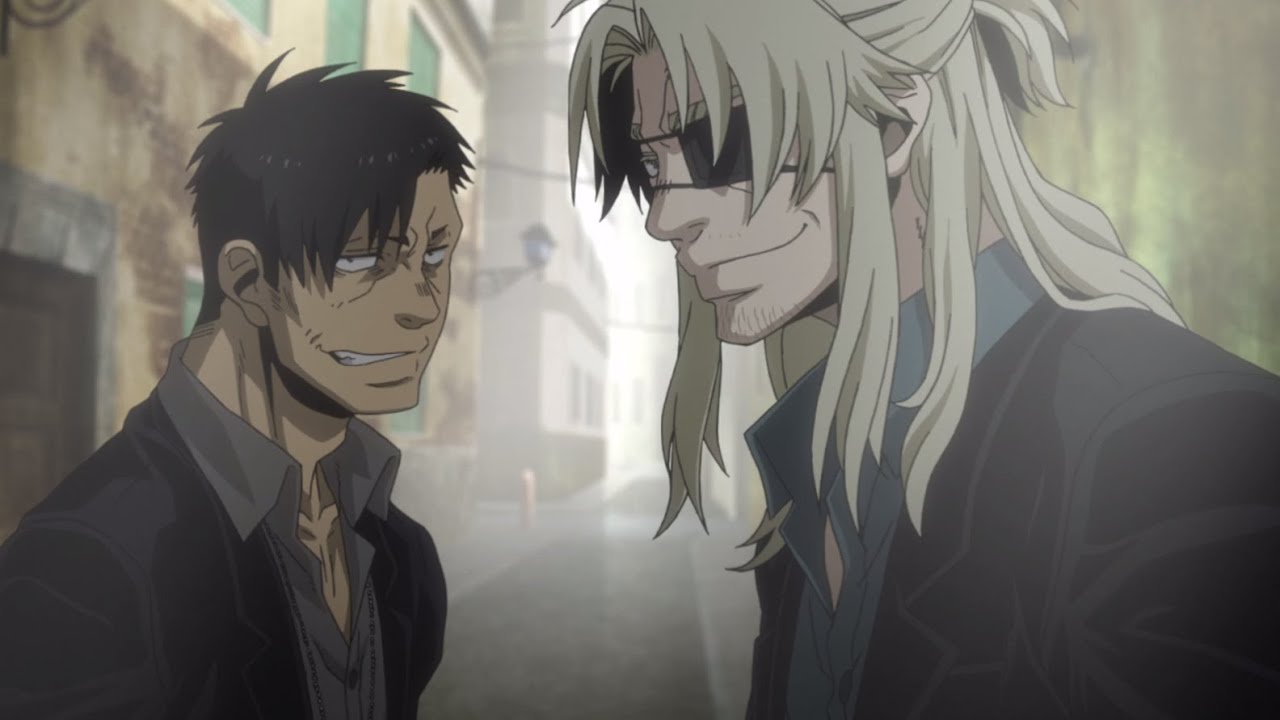 Winner Gangsta, the grit is refreshing.

Every time I think I’m close to done with these first episode impressions I’m proven wrong by a slew of new shows that come out.  I also realized that I haven’t reviewed “Blood Blockade Battlefront” from spring, but I’m not sure when the last episode’s coming out.  My problem also stems from a dislike of Funimation’s video player and app, both of which drive me to drink.  Well I suppose until I power through all these series…