Since most of my posts involve me proclaiming the excellent sides of anime (with the exception of a few rants), I decided it was high time I made a list of things that I find terrible.  I hate bashing things that other people like, so know that this is just my opinion.  I don’t judge you at all based on your likes or dislikes, unless you like Po-Po-Tan (and you know who you are).  I don’t get paid to critique artistic works, and so I can be WAY off base here.  However as a member of the ever-growing anime conversation (and as a the owner of this website) I am entitled to my opinions such as they are.  With that out of the way let’s move into 5 main characters I find abhorrently craptastic.

I know I am but one more in a sea of dissenting voices aimed at this “hero” of the emotionally scarred.  Whether you love Eva, hate it, or fall in between (like me) most can at least agree that Shinji is a little bitch.  I know that the story isn’t all about heroes and tales of exultation, but even in a darker setting I couldn’t get over the constant self loathing of Shinji.  I have enough of this in my own life to want to see someone else going through it.  It baffles me that so many people who (like me) can or could somewhat identify with this trait are so drawn to this show.  Especially since it offers almost NOTHING in the way of a solution for the main character.  Do I still watch NGE from time to time?  Yes, but I agonize every time I have to hear Shinji lament his condition.  Man up junior, there’s more to life than your problems.

Yuuichirou Hyakuya – Seraph of the End

You can honestly call this my blanket statement toward ALL shonen main characters.  Shonen anime is aimed at younger boys, and the story lines tend to be relatively similar.  That being said Seraph of the End (Owari no Seraph) turned out to be a decent shonen with an interesting story that I’m looking forward to more of.  What I’m not looking forward to is the continuation of the main character.  Yuuichirou is a very typical shonen main character.  He wants to be stronger, he has a score to settle, and he dislikes working with others until those others reveal to him the “power of friendship”.  Yawn.  This guy is even typical in having an enemy who was once a friend that he just can’t bring himself to fight.  Even when his new buddies are getting curb stomped, he just cries about not wanting to hurt his childhood chum.  These are troupes in Shonen anime that I can do without as well, but then these anime aren’t aimed at me anyway.

Fist off, for those that don’t know, I shortened the anime’s name.  It’s called “Ore no Imouto ga Konnani Kawaii Wake ga Nai”, or “My Little Sister Can’t Be This Cute” in English.  I think you can guess why Kyousuke’s here.  Now I know what most people who watched this would inquire.  “Knowing the title, what did you think was going to happen?”, ask the incredulous readers.  To them I respond, “Well I was hoping for a story of understanding between siblings after some years of estrangement, followed by Kyousuke deciding on Kuroneko as she was the best choice.”  Instead what I got was a story of a boy getting multiple girls to fall for him, only to decide on a one year incestuous affair.   Oh yeah and he makes Kuroneko cry, and for that crime alone he deserves to be on every top ten worst character list from now till anime’s end.  Did I mention this list is opinion based?  Let’s move on.

I know I already put Mikasa on a list of 5 kick ass heroines, but I hate her cousin.  Eren is Mikasa’s one shitty weakness, and I wouldn’t at all be opposed to him and Armin getting eaten.  In fact (SPOLERS) the only reason I was worried about Eren getting eaten in episode 5 was because Armin would probably become the main character, and then it would become medieval Evangelion (Armin somewhat reminds me of Shinji).  Eren, like Yuudachi from Seraph of the End, is one of the obnoxious variants of Shonen.  All piss and vinegar until said piss and vinegar gets knocked out of them, and they then have to accept the “power of friendship”.  In fact there is an agonizing bit towards the end where his team spends a good amount of episode time explaining why he should trust them.  It’s so increadibly infuriating (SPOILERS AGAIN) that I wasn’t even sorry when the female titan murdered the shit out of them.  They deserved it for wasting my time on their poorly paced animation sequences.  Ugh one more of these shit birds, and I can get back to my eroge.

Like a couple of the others, I actually love this anime.  I just dislike the little turd they chose for a protagonist.  I know the story wouldn’t really work without him, but his ability to stay overly credulous with a host of people trying to kill him is ridiculous.  Yukiteru readily believes just about everyone he crosses right up till they try to murder him.  Yes this is because he is the most normal of the people in the survival game, but one would expect a degree of suspicion after the first murder attempt in episode one.  The only purpose this otherwise dead man serves is to give Yuno a reason to be both awesome and completely insane.  In this way he is a linchpin of the story, but a linchpin made of shit is still shit no matter what it’s holding together. 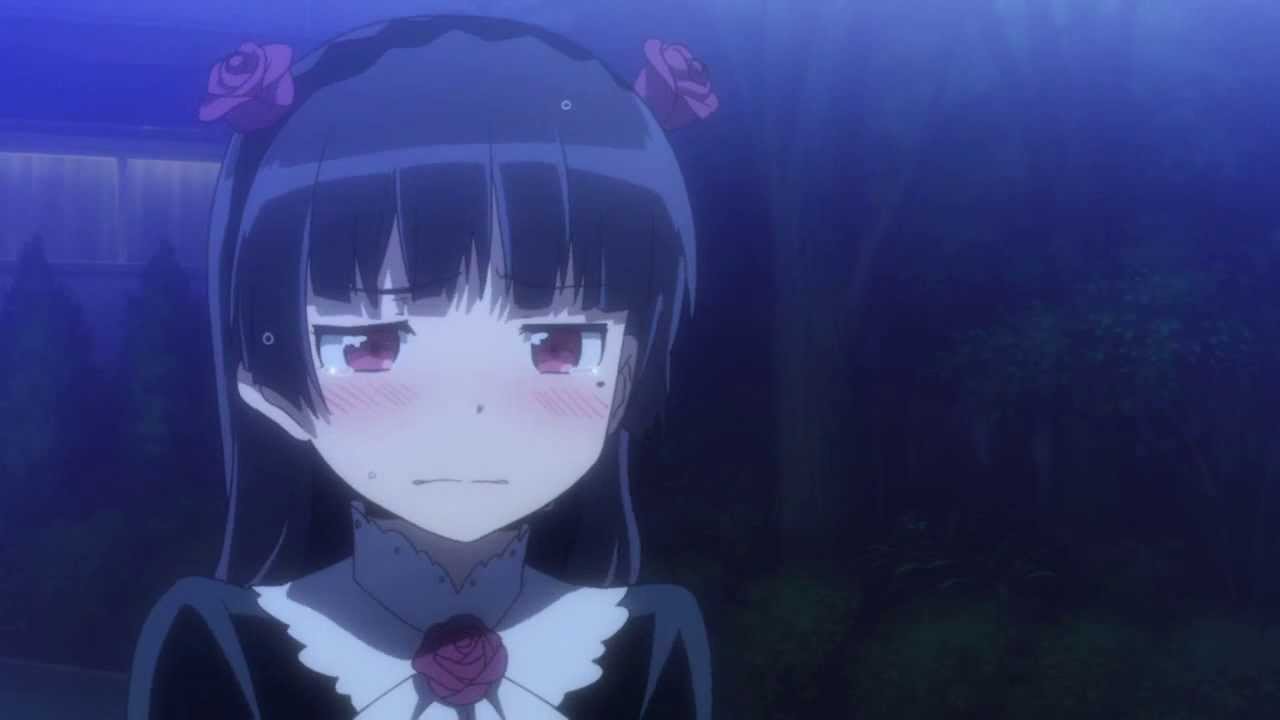 For making Kuroneko cry, and dating his sister Kyousuke is the most Craptastic of them all.

Once again I have thrust my hand into anime’s mound of triceratops crap to bring you things I find detestable.  Let me know if you agree with or swear everlasting vengeance upon me by commenting here or on my various social media pages.  These ones will be few and far between, as I have a hard time remembering shit I hated.  My mind tries to block my recollection of terrible or cringe worthy things, and then fights me when I try to remember the sordid details.  I should probably write everything down in a notebook.  Anyway I’ll see you all next week, hopefully with something more upbeat.  Till then…

Shinji’s an angsty bitch : Yuuichirou is boring :  Kyousuke’s an idiot : Eren is annoying :