It stands to reason (at least it does to me) that after last weeks list of 5 Kick Ass Anime Heroes that I should follow up with a list of heroines of equal merit.  While looking into this matter I found a number of female characters that I realized didn’t really qualify as a heroine.  For example, Nico Yazawa is one among equals (unless you ask me) in a story that’s more about working together than individual courage/nobility/etc.  I’ll find a list for those ladies someday, but until then enjoy my list of anime heroines,

The only time I can say, “Pre-teen BAMF”.

If ever there was a heroine in anime, Homura would be her patron saint.  Those who have seen Madoka Magika know the adage “No better friend, no worse enemy” applies 100% to her.  While Madoka herself could very well be on this list purely for her actions at the end, it was Homura who paved the way for her ascension.  Plus her power is one that many a lesser human would use to their own advantage.

[Some Spoilers!!!] In the pantheon of anime paragons, I can think of few others who faced the sisyphean challenge that Homura did.  With the ability to manipulate time the once meek Homura Akemi lives lifetimes worth of repeated tragedy in order to save her friend Madoka.  The scope of severity of the horror visited upon this adolescent girl in her multiple attempts to fix one time line would break the most staunch warrior of any age.  Homura takes it all in stride, becoming harder and more resolved with each failed attempt.  No better friend, no worse enemy indeed.

Raised by wolves to kick ass!

San (to me) is the quintessential anime female bad-ass.  The ferocity of her character puts many of Miyazaki’s other heroes/heroines to shame.  Her striking character attributes couple nicely with a story that is largely about environmental awareness.  Some might call her something of an eco-terrorist, but her core concern was less for destroying human civilization and more about preserving her forest home.   However you look at her you have to admit that San made the movie amazing.

San is abandoned by her parents, and is raised by Moro (a wolf goddess) who teaches her to despise humans.  The old “raised by wolves” story isn’t the most original, but in San’s case it just adds to her prestige.  You also have to appreciate the bravery (or insanity) of a woman who sides against human technology, and instead fights with wolves and boars.  All the awesome violent parts of her character aside, my favorite part of this character comes at the end where her and Ashitaka are able to reconcile the balance between human civilization and nature.  In this her character achieves a balance that nicely harmonizes the story.

Yes Hana is back, as is the mid-list “feel” trip.  Much like Daikichi from Usagi Drop, Hana makes this list simply for being an awesome single parent.  The two key difference between the them is that Hana has two children, and that they’re both half wolf.  The trials of raising to half-species children in a world that would most likely turn them into lab rats is no easy task.  Hana is able to accomplish this while instilling in her children a sense of self-worth and independence.

Compounding her amazing story is the afore mentioned solitude in raising the children (pups?).  The dad [spoilers] dies shortly after the youngest is born and Hana has no one to turn to to instruct her kids on how to be a wolf.  The most amusing illustration of this is a scene in which she cannot decide whether to take her kids to a pediatrician or a veterinarian!  Through the good times and the bad though, Hana is constantly working for her kid’s sake to ensure they have a place in a human dominated world.  That earns her a spot on the list.

Here’s another strange addition to the list that I felt needed to be added.  Rikka Takanashi is neither bad ass fighter, nor amazing mother.  She is simply herself.  A statement that itself should elicit eyerolling, but that is what endeared me to her character.  No matter what was going on around her, Rikka always remained true to herself and her strange outlook on life.  While she does have a short time where she attempts to conform to the masses, her overall identity stays the same old weird girl who’s into the occult.

Some might scoff at this addition as Rikka is mostly tied to the hip of the show’s male protagonist, Yuuta.  I would argue that not all heroes/heroines are the “stand alone” types though.  Rikka needs Yuuta as much as he needs her to navigate the sea of Chunibyo (childish delusions of grandeur).  In the end both characters convince each other that it’s okay to be yourself, even if “yourself” is an occult fan girl who wears an eye patch to “contain her wicked eye”.  This heroine really resonated with a nerd like me who in school got crap for liking “those Chinese cartoons”.

A BAMF of the highest order.

Easily one of the most bad ass female characters of all time.  I’m not a huge AoT fan, but suffice it to say Mikasa carried that series for me more than all the other characters combined.  Hugely devoted to her family, a military savant, and a veritable protector of the realm, Mikasa is a veritable combination of Livia Drusilla, Joan of Arc, and Deborah Samson (look ’em up).  It would take balls the size of Texas to do what she does, as well as she does it.  Needless to say this list practically demands her presence.

[Some Spoilers] Mikasa’s early life somewhat precludes an inclination towards violence.  After her family is murdered, she is slated to be sold into slavery until her cousin Erin rescues her.  This endears her to her cousin, but leaves her with somewhat of a dour expression.  After colossal titan appears and kills Mikasa’s aunt (Erin’s mom) her situation goes from bad to worse.  Due to the trauma, Mikasa becomes a one woman titan-murderin’-army unto herself.  I really need to pick up the manga, for no other reason than to see the continued  adventures of Mikasa. 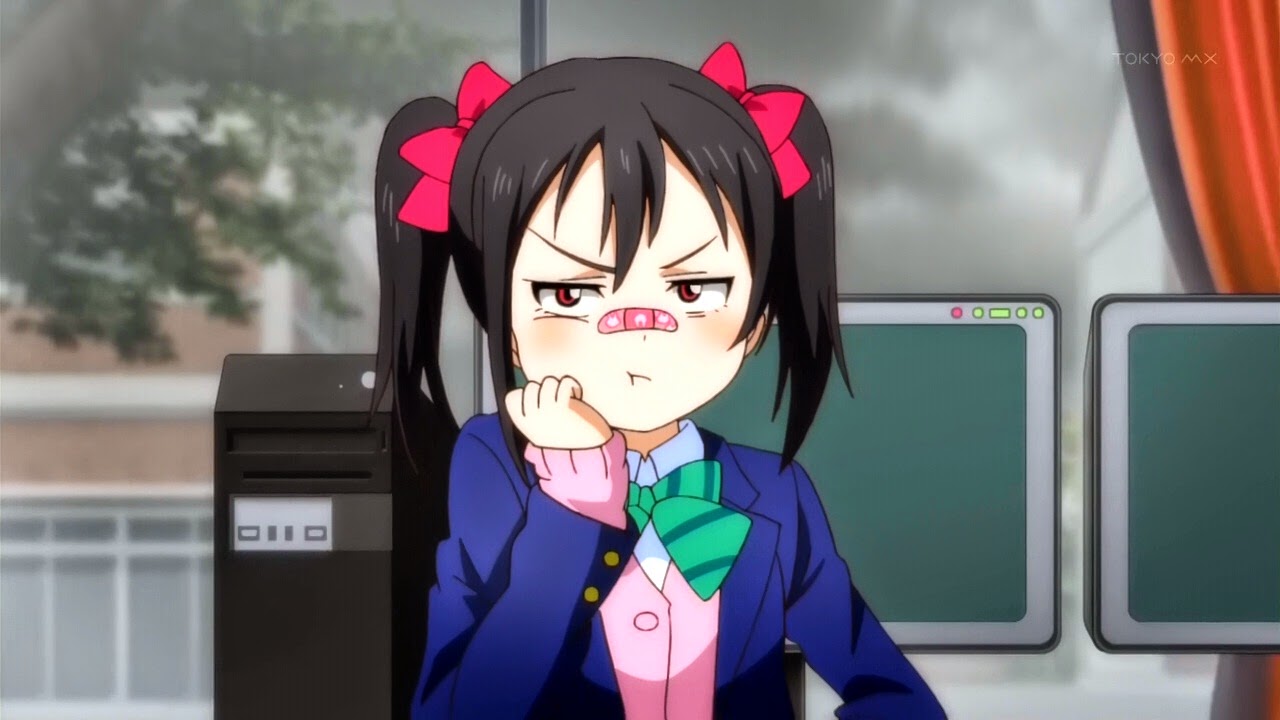 I tried to think of reasons to put Nico here… I got nothing.

Just like the anime heroes, let me know what you think about this list!  Got any favored heroines that didn’t make the list?  Let me know and I’ll consider them for a possible future list.  Sorry if this one is a little crappier than usual. I’ve been trying to get some video software to work for a new video, and as such my time for writing/editing has suffered.  Apologies to my few fans… I am so flipping tired.  Probably shouldn’t write that.  I’m too tired to delete it.  Ah well, till next time…