The 2016 Winter Wonfes is now behind us, and as usual there was some amazing stuff for us to feast our eyes on!

For those who may not know, Wonfes is sort for the Tokyo Wonder festival, which is a semiannual event held in Chiba, Japan. The main focus of the event over in Japan is actually more oriented toward displaying and selling “garage kits”, which are typically amateur sculptures of anime and game characters. Unfortunately most of us can’t be there for a shot at collecting some of these super limited sculpts, but thankfully the major figure companies also preview some of their upcoming releases! As can be expected from a preview, many of the figures displayed are still unfinished, but the unpainted models are still enough to stir up the hype to levels potentially over 9000.

Without further ado, here are some of our favorites from the event… Hey, Zekamashi! Shimakaze is easily one of the most recognizable characters from the Kancolle universe, but this is certainly a new look for her. I guess this is what happens to her turrets when she enters melee combat? I love it! I’m not a big fan of figma, but this concept is the stand out of the event for me. Kancolle really lends itself well to figures doesn’t it? Zuihou, the light aircraft carrier, may have yet to receive her Kai Ni, but she has a figure better than most of her sisters. The detail on this figure is superb, and I absolutely love the look of her accompanying planes. She may not be part of my Kantai Collection, but will hopefully one day grace my figure collection. Here we have another treasure to add to the already rich ensemble of Miku figures. The design and colors on the particular iteration of Miku are stunning. She is definitely going to be an eye catcher in many a figure collection once shes released. And the collectors go wild! Wonda-chan has been the Wonder Festival mascot since 2001 and has gone through many iterations, and this years design happens to be super freak’n cute. This figure was an exclusive to the event unfortunately, so getting your hands on one will not be cheap or easy. It’s not the highest quality figure, but shes crazy adorable! We got a glimpse of this back in 2015, but finally have the painted version of Saber Alter. Designed by huke of Black Rock Shooter fame, this figure is absolutely stunning. The picture speaks for itself. 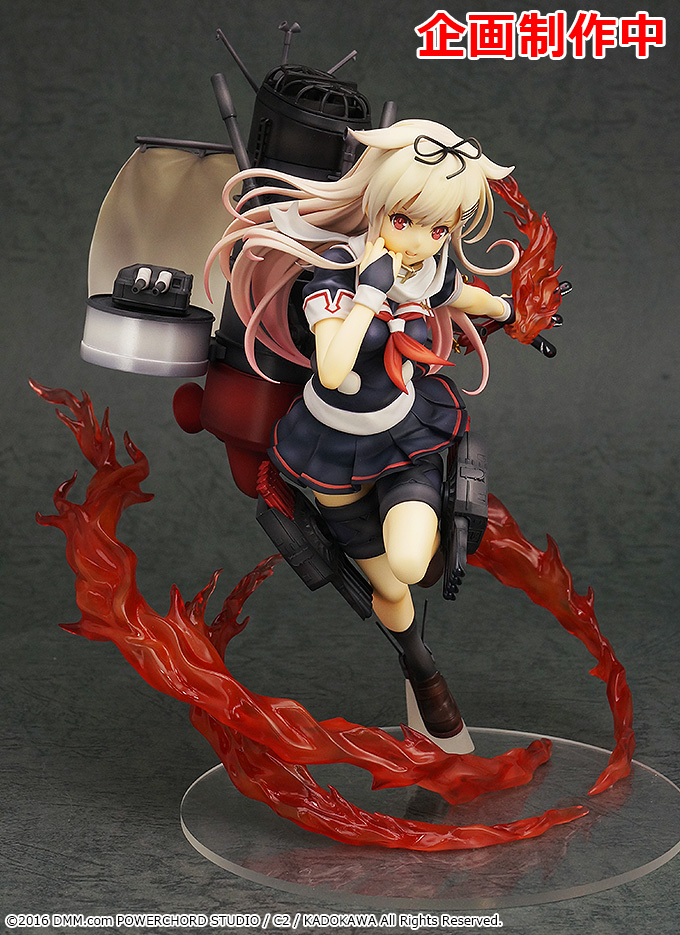 I am way more of a Shigure fan myself, but this Yuudachi figure is just too good to pass up.  The action pose, the hair caught as if blowing in the wind, and the flame effects all come together to make this figure come alive.  I’ve pretty much sworn off figures for a while, but this one might make me change my mind (provided my wallet can handle it).

I know the color isn’t in on this one, but I love the idea of Persona 4’s Rise Kujikawa in Arabian garb.  The style and the flow of her clothes are fantastic, and I love her facial expression even (though I’ll probably love it more painted).  I’m not sure when this one is slated to come out, but it’s gonna be hard to resist pre-ordering it.

Being one of the big titles of summer 2015 it’s no surprise that Monster Musume would have figures in the works already.  This beautiful figure features the Miia (best girl) in her signature clothes, and a really cute pose.  I’m really curious as to whether or not this particular figure will be on a stand though.

Freeing is really trying to get me to buy another Utaha figure.  Utaha is the perfect character to put in a kimono, and the parasol really ties the whole ensemble together.  I am a little surprised that she’s dressed as modestly as she is, but it’s not a deal breaker. 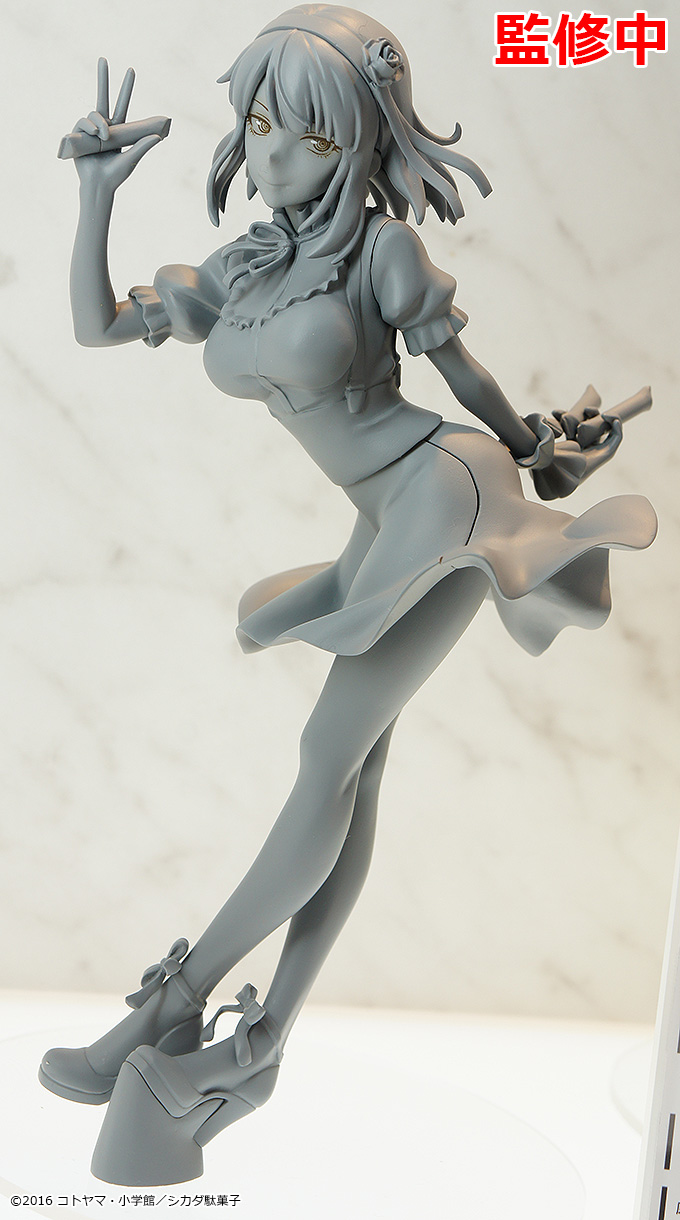 Given the popularity of Dagashi Kashi it’s no wonder that a figure of Hotaru (quickly becoming my best girl) is in the works. This Max Factory figure perfectly captures her mischievous nature, and will most likely look amazing when fully painted! I hope those dagashi in her backhand aren’t detachable though…

Thanks to Good Smile Company, my favorite girl in Saekano is finally getting a figure that I can get behind! Unlike like previous releases, there is nothing overtly risque about this figure, but it still gives off an air of playfulness and sexiness. It will be interesting to see it colored, but if the go with the concept image of a white dress with a red jacket, she could look phenomenal!

I’ll admit that I’m not the biggest fan of Nendoroids.  I own quite a few and have had a lot of issue with them.  That being said, it’s freaking Deadpool.  Everyone that I know and their mothers love dead pool.  So I will be buying one for me and maybe one or two or ten to give as gifts.

The quality of this image is rough, but Phat Company makes good figures.  If you know anything about No Game No Life, you know that this figure will come to life with the beautiful vibrant colors that that show utilizes, making it an eye-catching addition to anyone’s collection.  I have one Shiro figure, with another on the way, and adding Jibril to the mix is a no-brainer from me.

I never thought this day would come!  The moment I saw Saber in this wedding dress in Fate/Stay Night: Unlimited Blade Works, I knew I wanted a figure of her in it.  It’s simply and beautiful, a far cry from the previous “Wedding Dress” Sabers which were all about being revealing and sexy.  I love it! Now give me an UBW Rin to with her!

I’m a big fan of Yuki Yuna is a Hero and Karin was one of my favorite characters.  I love how this character looks with the awesome outfit and dual swords.  The only thing is that it seems to be a garage kit.  I’m hoping that they’ll release her as a pre-painted figure in the future though!

Tips, Tricks, and Tools for the KanColle Teitoku

Join Carlos and Logan as they talk about the Group Watch anime nominated by Carlos himself! https://anchor.fm/anime-arcade/embed/episodes/Anime-Arcade-126—Testament-of-Sister-New-Devil-Spoilercast-ekckj4 Author Recent Posts Social StuffJeffCo-Founder/Writer/Editor at Anime ArcadeI’m…