A new KanColle type turn-based game is coming out out in the west! No this isn’t one of those god-awful clones of a KanColle game, where they blatantly rip off the art of the original game. This is a wholly original work, complete with it’s own cast and visuals! Unfortunately I am bringing this news to you late (I’ll flog myself later), but luckily there are 5 more days with which you can get involved in this exciting project! Hop on Kickstarter and check out…

Yes that’s right a western developer has not only noticed the KanColle model, but they seek to improve upon it. Black Chicken Studios (really guys… with that name) are making a turn-based ship girl game to rival the King (Queen?) of turn-based ship girl games! These fleet girls will be called “Belles”, and there are already over 120 Belles at launch! What’s more impressive is that each girl’s voice actress actually speak the language of their native lands! No more Engrish (although that can be adorable), and every nation gets fair representation.

The story for the game is pretty near to the KanColle storyline. A brief summary from the kickstarter page reads as follows:

Victory Belles is an iOS/Web game of chaotic turn-based brawls via spotlight and star shell, epic destruction by 14″ naval rifle, flights of torpedo and dive bombers at dawn, and burning hulls left to slip beneath the waves. As Captain, you lead beautiful and deadly personifications of WWII warships into battle over the most dangerous secret man was not meant to know.

The strongest navies of 1939 – those of the United States, Great Britain, Soviet Union, Nazi Germany, France, Italy, and Imperial Japan – must work together, despite threat and treachery, to defend humanity from a monstrous new foe. Battling in every stretch of water from the Aleutian Islands to the coasts of West Africa, you will have the opportunity to assemble a fleet of over 120+ of the most powerful, famous, and glorious warships of the time to fight for the fate of the world! 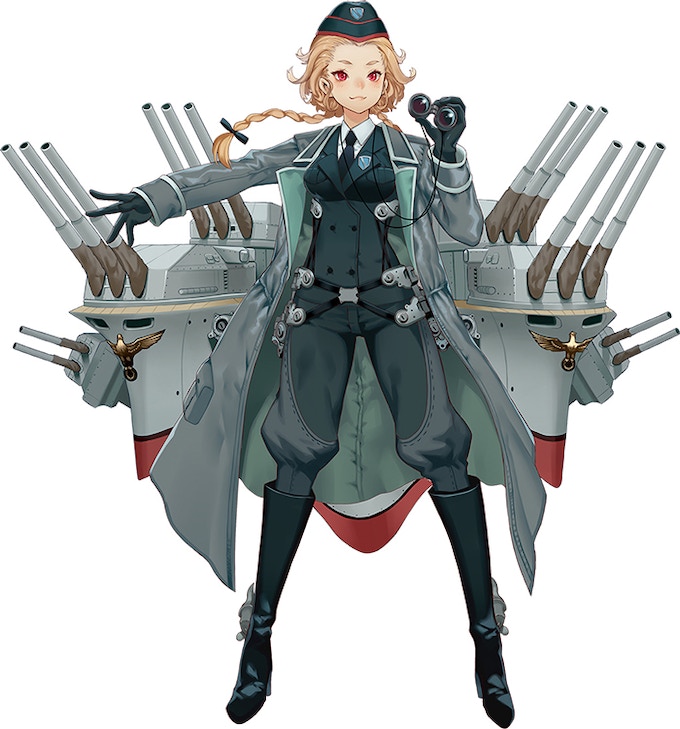 This game certainly won’t replace KanColle, but it will be nice to have another option to play from time-to-time. Plus the fact that it’s in English will bring many more to the genre, and maybe that will prompt the KanColle developer to make an English version. Even on it’s own though Victory Belles is a very interesting and ambitious title. The sheer amount of effort being put into it, the fact that it will be mobile friendly (please do Android too), and the incredible designs make me very excited for this game. If you’re sufficiently stoked for this game, please visit the Victoy Belles KickStarter page to learn more!