Well I couldn’t quite get Iowa in the latest KanColle event, but I did get some new ships and event experience. Hopefully in the next one I can bring some freedom to my fleet. Until then the least I can do is continue to level up my ship girls, and continue to bring you guys information on the various girls I do have in Kantai Collection. Oh and before I jump into it, apologies for the lack of content last week as I was on a trip with my family. Now that that’s out of the was let’s take a look at…

Nachi is a Myōkō class heavy cruiser, and she was my very first heavy cruiser in KanColle. The increased firepower of Nachi was a boon in clearing world one, and the early levels of world 2 as well. After using multiple battleships on sorties, I now appreciate the relatively low resource cost of heavy cruisers like Nachi (especially after this last event). I am currently trying to level her up with a few other ships in hopes of strengthening my heavy cruiser core for the next event. The RNG Gods knows I needed them in the Spring event, and this will probably be true in the next one as well.

Stat-wise Nachi is above average for a heavy cruiser across the board. While she isn’t the best at anything in particular, she is particularly useful as a jack of all trades. She’s a solid choice for fleet many fleet compositions, but most of the time there will probably be a better choice of heavy cruiser for you to choose from depending on the situation. Still in events with the Fleet Locking aspect, Nachi is a good ship to have on standby. Nachi’s high armor and evasion, paired with her firepower and low resource consumption make her useful for maps that requires multiple runs. Never count out the Myōkō class, even if the anime only really featured two of them…

Nachi’s personality is somewhat rough around the edges. She apparently speaks using manly connotations of Japanese words (not that I’d know), and she speaks in a slightly deeper voice than most other ship girls. Added to her tomboyish nature is a love for alcohol (my kinda girl), which comes through in many of her lines to her Teitoku (Admiral). Here are a few of her alcohol enthusiasm lines that I particularly enjoy.

As you can see she’s a bit of a lush, but I think this gives her a bit more personality than a standard anime tomboy character. She also has a few lines where she expresses concern for her sister ships, which gives her the aspect of a reliable older sister. The entire Myōkō class is full of fairly unique personalities, and Nachi is no exception. If you’re into the rough and tumble type of ship gals, then Nachi is one for you’ll surely enjoy listening to. 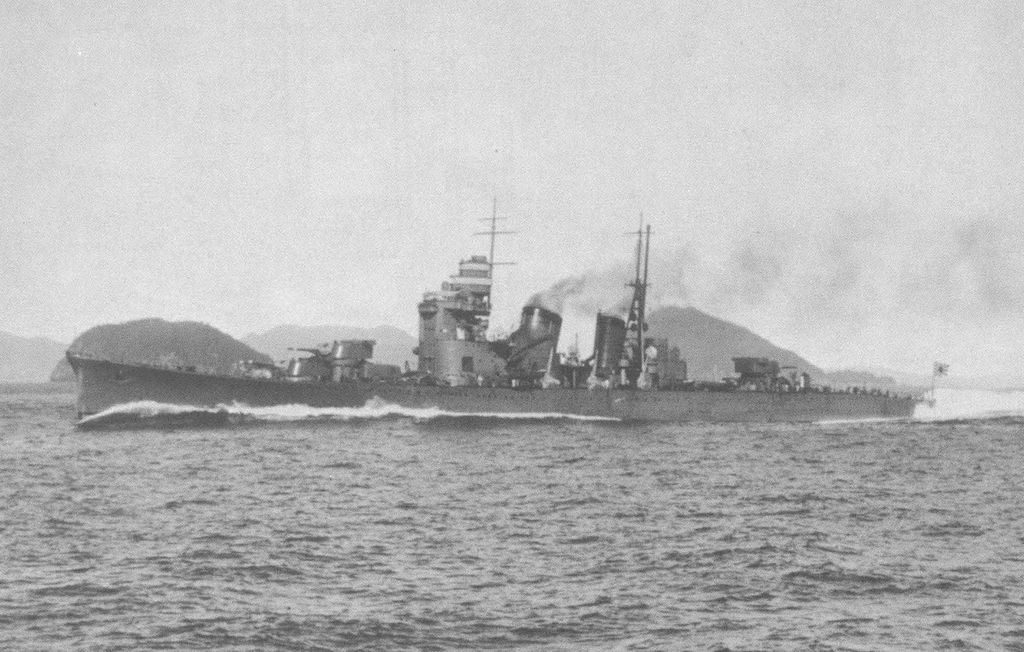 The original Nachi was the second ship of the Myōkō class, and she was commissioned in November 28th 1928. Nachi and her sisters where originally assigned to the Sasebo Naval District in the 30’s. Through the years leading up to the war, Nachi would see two modernizations to prepare her for the battles to come. When war broke out Nachi would spend the remainder of 1941 assisting the Imperial Army’s landings in the Philippines. In early 1942 Nachi became the flag ship for Admiral Takeo Takagi following the damaging of his previous flag ship (IJN Myōkō).

From this start Nachi would participate in the Battle of Java Sea, where she would see her first sea combat of the war. Together with her sister ship (Harugo) Nachi would help to sink 7 enemy vessels in this fight, and rescue 90 of her enemies from the sea after the battle was finished. Later Nachi would fight a protracted battle with an American fleet off the Komandorski Islands. This battle would end in Nachi’s first human casualties of the war, as 14 of her sailors died in the fighting.

After the battle Nachi was refitted with better anti-aircraft armaments, and she was sent to assist in operations ion the Philippines. She collided with the IJN Mogami during the Battle of Surigao Strait, and was forced to retire to Manila for repairs. During her stay in Manila the IJN Nachi was continuously set upon by American forces which delayed her redeployment. On November 5th 1944 Nachi was hit by American torpedo bombers on her port side, severing her bow. She sank with 807 of her crew, but 220 survived to be rescued. As of this post there has yet to be a Japanese ship to bear the name Nachi sine the original sank.

TL;DR: Nachi is a great all purpose heavy cruiser with above average stats. While she’s not the best at any one thing, she’s great at multiple aspects of the game. Her personality is reminiscent of an tomboyish older sister, and her love of alcohol gives her a somewhat adult charm. Her character design isn’t the best, but she looks much better after reaching Kai2.

Love Nachi, or ship girls in general? Tell us about it by contacting us! Make sure to keep up with our social media sites, so you don’t miss out on the next KanColle Spotlight!