Its that time of the season! As we reach the point where we are over a third of the way done for most shows, we have a solid idea of what characters have stolen us with they adorable charm.  So without further ado, here are our Cutest Characters of Fall 2016!!!

5. Ui Wakana – My Wife is the Student Council President

Ui’s back this season, and I couldn’t be happier! Her brash nature is nicely offset by her demure nature when dealing with her feelings for her fiancé. Sure most of the show is mostly about her  trying to get it on with Izumi, but to me that part of her personality is equally endearing. She might be #5 to me in cuteness, but she’s #1 in ecchi!

I loved Kae in the manga, and Brain’s Base has not disappointed me on her anime adaptation. Beautiful, ditzy, and utterly crazy for BL, Kae embodies the spirit of crazy fujioshi girls in anime. Her reactions to the male character’s advances are cute, and it’s these reactions that keep me coming back to the show week-to-week.

Izetta is an amazing character this season. Beautiful, powerful, and loyal to a fault, I was instantly interested in her after seeing her ride an anti-tank rifle into battle in the PV. After seeing the show I my interest was bolstered by Izetta’s charm, and the lengths to which she was willing to go for the Princess. The fact that she is constantly a fish out of water in high society also endears her to me.

Honestly all of the Kawamoto sisters deserve to be on this list, but in terms of the best of the three it’s gotta be Akari. She’s sweet, kind, witty, loving, and just an all around great older sister. Her strength in the face of her responsibility, and her love for animals are big pluses for me. She’s this season’s best older sister character for sure, but in terms of raw cuteness there’s only one character that holds the crown…

Poco is just the epitome of cute. He’s adorable in the kind of way that makes you want to protect him, and overall he invokes your parental instincts just by watching his antics. On another list he might be a little farther down, but in terms of cuteness nothing even comes close to Poco this year. I look forward to his adventures with Souta, and the lessons they teach each other Souta every week!

Since I have not watched even a minute of Keijo!!!!!!!!, I will shamelessly say that this pick is based solely on the fact that shes cute. This bite sized avatar accompanies Chinatsu as she struggles with her new found reality in this seasons WIXOSS series. The amalgamation of Chinatsu’s fond memories of her childhood friend created one of the cutest characters of the season. Nostalgia will do that.

As Disney has told us for decades, its hard to go wrong with a beautiful and humble princess. Finé would die for the country of Eylstadt, and the country would die for her. Matched with her beautiful character design, and it would be a sin to not have her high on any cutest character list this season. Not sure if I have said this publicly, but I have a thing for girls with big hats. Especially big witch hats. Top Speed was my instant best girl in Magical Girl Raising Project due to her beautiful appearance, charming personality, and of course her big hat… She flies above them all in my rankings this season.

If you remember my picks from last season, my favorite girl of that season was Hifumi from New Game.  Aoba is this seasons Hifumi for me.  Quiet, beautiful, and awkward, what really sold me on her as one of my favorites was the fact that she communicates her thoughts and feelings through her hair.  Bizarre? Yes. Adorable? Absolutely! I didn’t like the original Working!! anime due to some of the characters, so I was hesitant coming into this show.  I have been pleasantly surprised by how much I’m enjoying the characters in this show, and Sayuri takes the cake.  She doesn’t believe in ghosts, yet constantly interacts with them, her sense of humor is super dry, and I adore her character design! On pure cuteness levels, Poco takes the gold.  His child-like nature, and the innocence that comes with that, has repeatedly melted my heart. In the second episode there is a scene where he interacts with a young girl.  Without spoiling anything, I had to pause the show after that scene and take a moment to collect myself because IT WAS SO DARN CUTE. 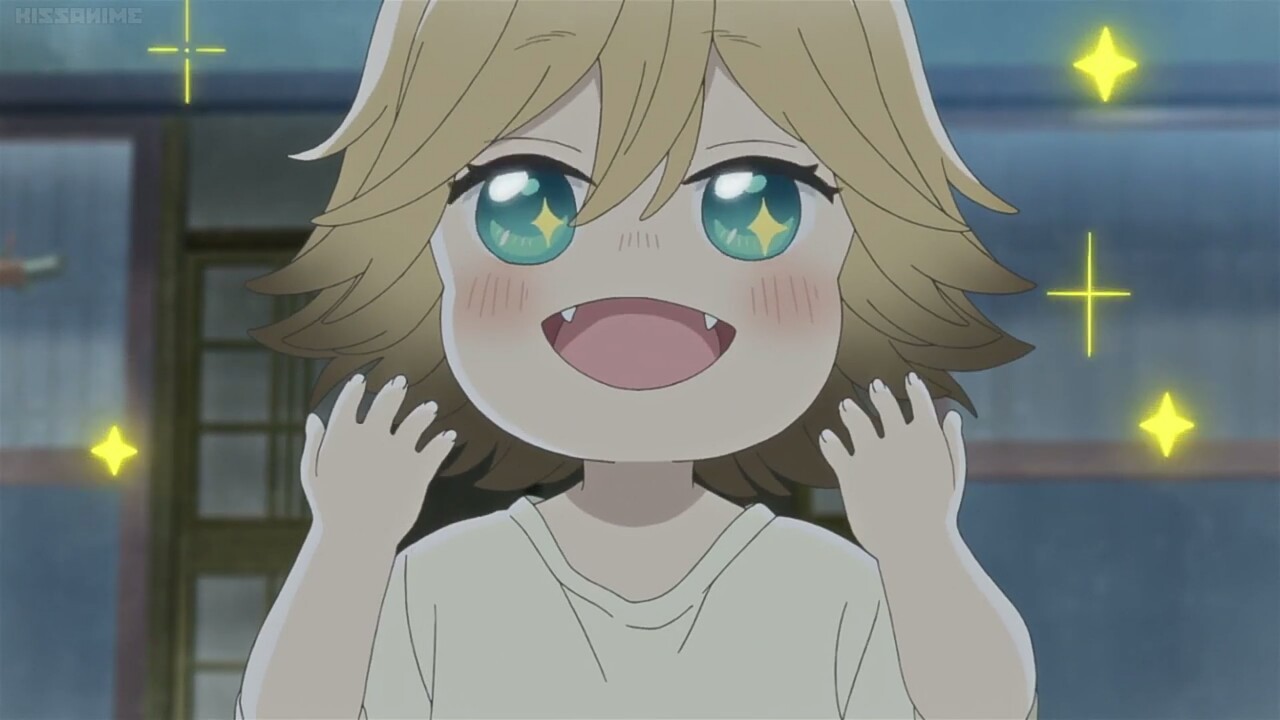 Anyone who knows me knows that I have a have a huge soft spot for blondes.  The fact that Finé is blonde, is like icing on the cake.  She’s a princess, badass, smart, incredibly beautiful, and if she were my ruler, I’d be willing to die for her.  Izetta is equally as wonderful. I love me a red-head as well, and being a badass witch is a huge plus.  A beautiful girl flying on a gun sounds weird, but it is oddly attractive! It’s rare to find a character as rounded and complete as Akari. She can be incredibly sexy and mature one moment, and the next she’s reserved and seemingly vulnerable in a beautiful way. Her strength is out of necessity and I have never wanted to support and be there for a character more. 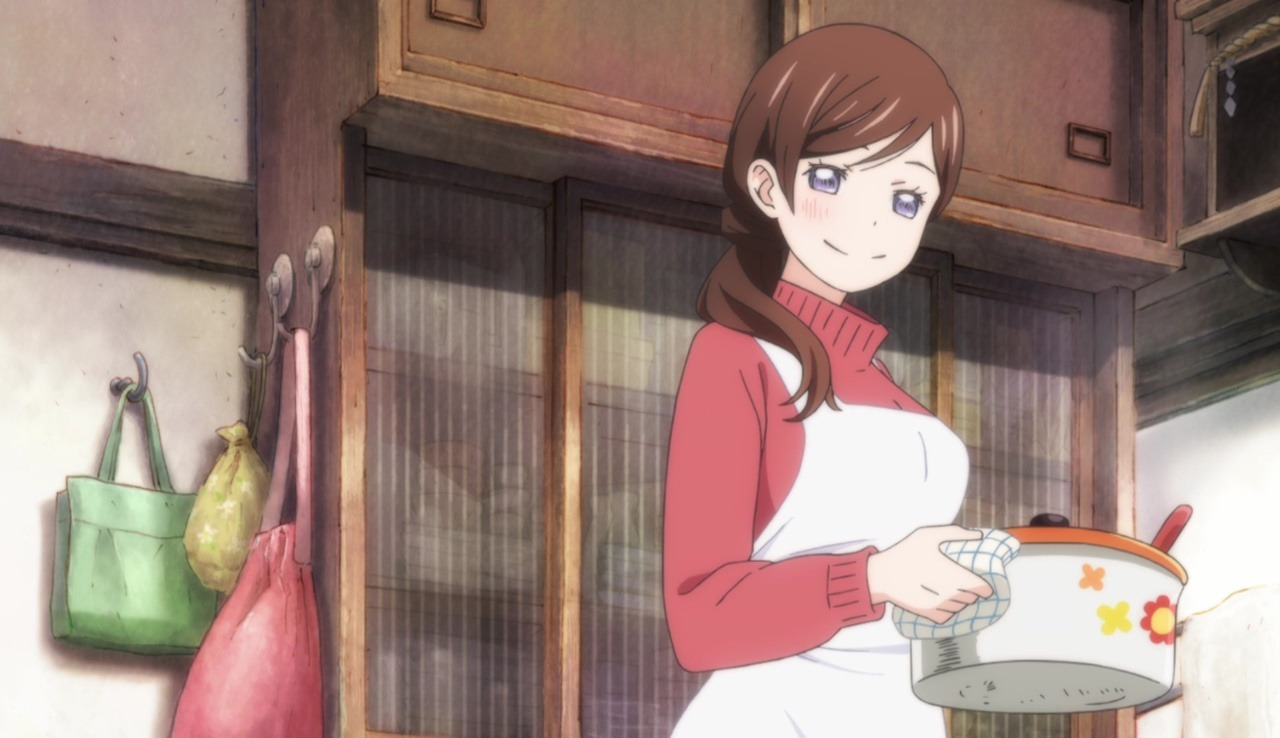 Ultimately it came down to Akari and Poco for the top spot for this season.  While Poco was the leader in utter cuteness, we found Akari to be far more complete and complex a character all-around, giving her the slight edge over Poco. Her motherly personality coupled with her sheer beauty were just a few of many things that that sold us on Akari as our Cutest Character of Fall 2016!

Interested in watching the anime that these characters are from? You can find them all on Crunchyroll HERE!

Lover of anime, games, sports, and more, I chose to share my passion through writing and recording. Ditching my ordinary job, I currently go to school to learn coding so I can make sick websites and kick-ass games in the future.
More Posts (199)